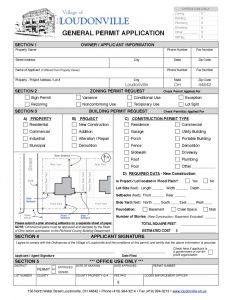 The planning commission established under section 713.01 of the Revised Code shall make plans and maps of the whole or any portion of the municipal corporation, and of any land outside thereof, which, in the opinion of the commission, is related to the planning of the municipal corporation, and make changes in such plans or maps when it deems it advisable. Such maps or plans shall show the commission’s recommendations for the general location, character, and extent of streets, alleys, ways, viaducts, bridges, waterways, waterfronts, subways, boulevards, parkways, parks, playgrounds, aviation fields and other public grounds, ways, and open spaces; the general location of public buildings and other public property; the general location and extent of public utilities and terminals, whether publicly or privately owned or operated, for water, light, sanitation, transportation, communication, power, and other purposes; and the removal, relocation, widening, narrowing, vacating, abandonment, change of use of or extension of such public ways, grounds, open spaces, buildings, property, utilities, or terminals. With a view to the systematic planning of the municipal corporation, the commission may make recommendations to public officials concerning the general location, character, and extent of any such public ways, grounds, open spaces, buildings, property, utilities, or terminals. As the work of making the whole plan progresses, the commission may from time to time adopt and publish any part thereof, and such part shall cover one or more major sections or divisions of the municipal corporation or one or more of the functional matters to be included in the plan. The commission may from time to time amend, extend, or add to the plan. This section does not confer any powers on the commission with respect to the construction, maintenance, use, or enlargement of improvements by any public utility or railroad on its own property if such utility is owned or operated by an individual, partnership, association, or a corporation for profit.

The commission may control, preserve, and care for historical landmarks; control, in the manner provided by ordinance, the design and location of statuary and other works of art, which are the property of the municipal corporation; control the removal, relocation, and alteration of any such works; and control the design of harbors, bridges, viaducts, street fixtures, and other public structures and appurtenances.

Whenever the commission makes a plan of the municipal corporation, or any portion thereof, no public building or structure, street, boulevard, parkway, park, playground, public ground, canal, river front, harbor, dock, wharf, bridge, viaduct, tunnel, or other public way, ground, works, or utility, whether publicly or privately owned, or a part thereof, shall be constructed or authorized to be constructed in the municipal corporation or planned portion thereof unless the location, character, and extent thereof is approved by the commission. In case of disapproval the commission shall communicate its reasons therefor to the legislative authority of the municipal corporation and to the head of the department which has control of the construction of the proposed improvement or utility. The legislative authority, by a vote of not less than two-thirds of its members and of such department head, together may overrule such disapproval. If such public way, ground, works, building, structure, or utility is one the authorization or financing of which does not, under the law or charter provisions governing it, fall within the province of a municipal legislative authority or other municipal body or official, the submission to the commission shall be by the state, school, county, district, or township official, board, commission, or body having such jurisdiction, and the commission’s disapproval may be overruled by such official, board, commission, or body by a vote of not less than two-thirds of its membership. The narrowing, ornamentation, vacation, or change in the use of streets and other public ways, grounds, and places shall be subject to similar approval, and disapproval may be similarly overruled. The commission may make recommendations to any public authorities or to any corporations or individuals in such municipal corporation or the territory contiguous thereto, concerning the location of any buildings, structures, or works to be erected or constructed by them.